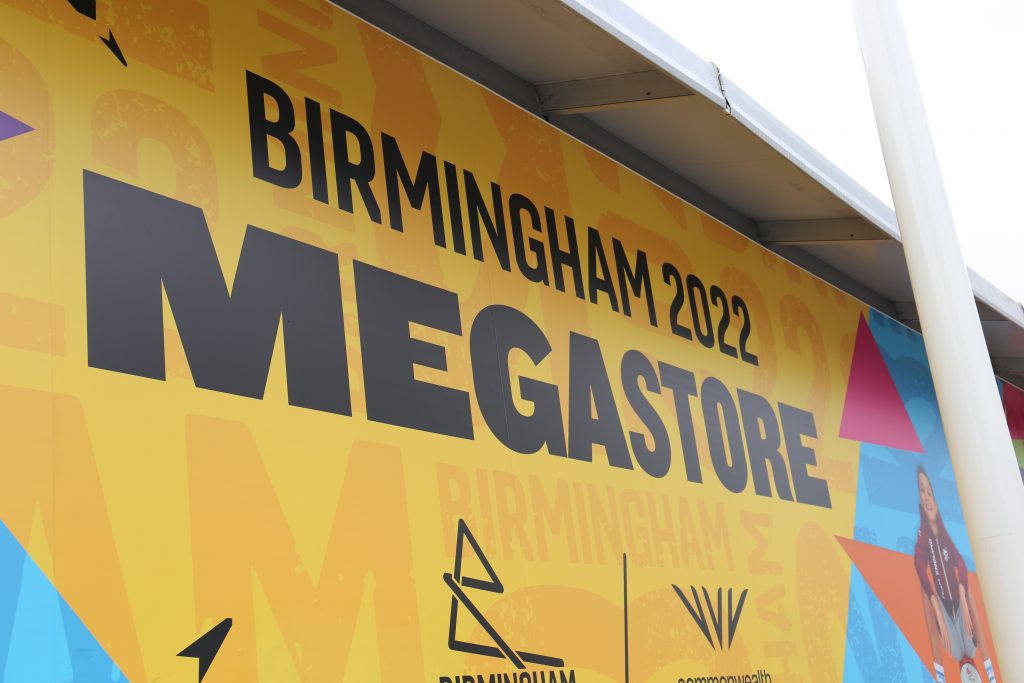 As the Commonwealth Games kicks off in our home town of Birmingham, we invited Felix, a student who joined us for the day to tell us what’s happening literally outside the door of spottydog HQ.

The countdown to the Commonwealth Games is almost over!!! The baton has been to every country which competes in the Commonwealth Games and has been travelling for 269 days. Over the period it has travelled approximately 90,000 miles or 140,000km and been carried by over 7,500 different baton bearers. The baton left the United Kingdom on 9th October last year and arrived back in the United Kingdom on 4th July 2022. It has been travelling for 22 days in the United Kingdom starting at the Eden project in Cornwall, finishing at the Alexander Stadium in Birmingham. The baton will finish outside our office today on it’s penultimate leg before making its grand entrance into the stadium. 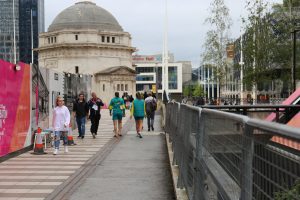 Today the baton will be finishing in Victoria Square outside the Birmingham Museum and Art Gallery and Town Hall. The area surrounding the square, mainly the Town Hall, has been covered in cameras to stream the events taking place. The square is covered in bunting, banners, acrylic stickers and statues of Perry the bull. Perry got his name from the area of which the Alexander stadium is situated in called Perry Barr.

The area is swimming with athletes, while popping out for lunch a member of the spottydog  team saw a group of female Australian athletes walking past and New Zealand athletes being interviewed for TV.

A large number of outsourced contractors are being employed for tasks like extra street cleaning, scaffolding suppliers, tech staff and most importantly the bus drivers, but there have also been thousands of volunteers. Extra street cleaning helps to makes the area sparkle and hundreds of scaffolding suppliers are putting up the framework of everything like camera mounts, screens, seating, tents and lots of other things all around the event sites from the forests of Cannock to Victoria square outside the Town Hall. 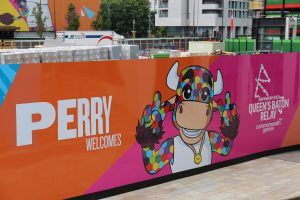 Tech teams are making the whole thing come together for the people watching with all things great and small like cameras, light shows, sound systems, power, heating in the tents and most importantly the internet. The most important role for the entire games is being a bus and taxi driver, they transport all of the volunteers from place to place every morning and throughout the day, they also transport the athletes, coaches and everyone above.

Over 41,000 people applied to become volunteers at the games across over 300 fields, that number was whittled down to more than 10,000 volunteers.

So whether you’re an athlete, a volunteer or a spectator, get on your marks… and let the games begin! 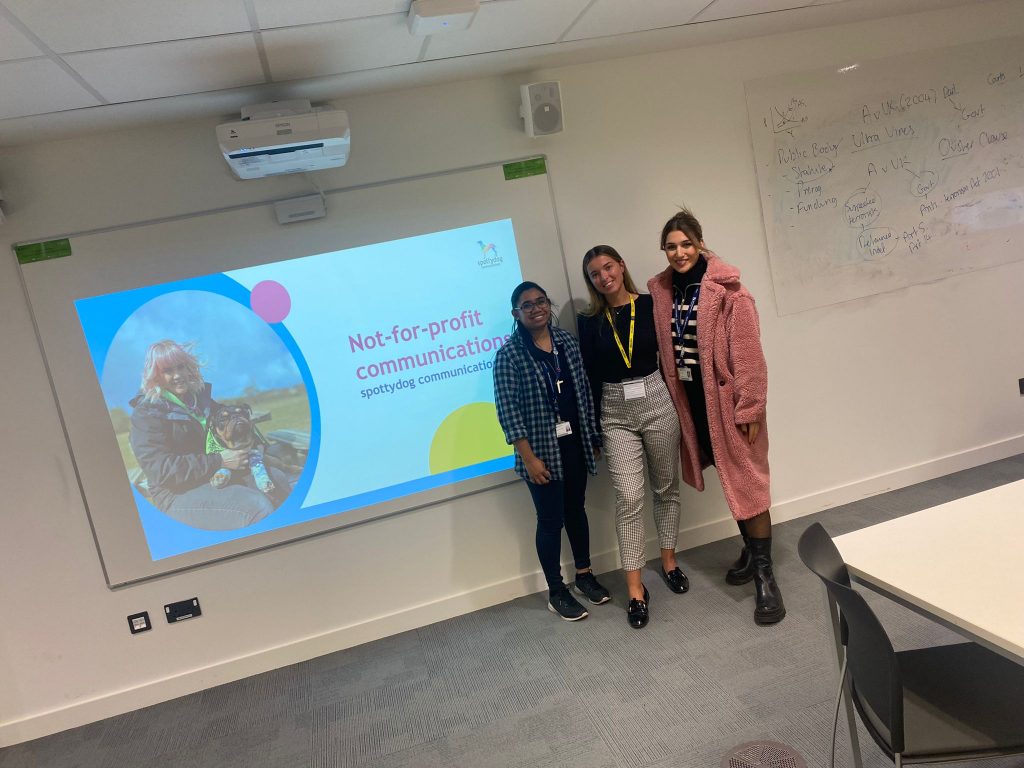 As an agency, we make sure that our commitment to being best of breed not only shines through the work we deliver, but also in 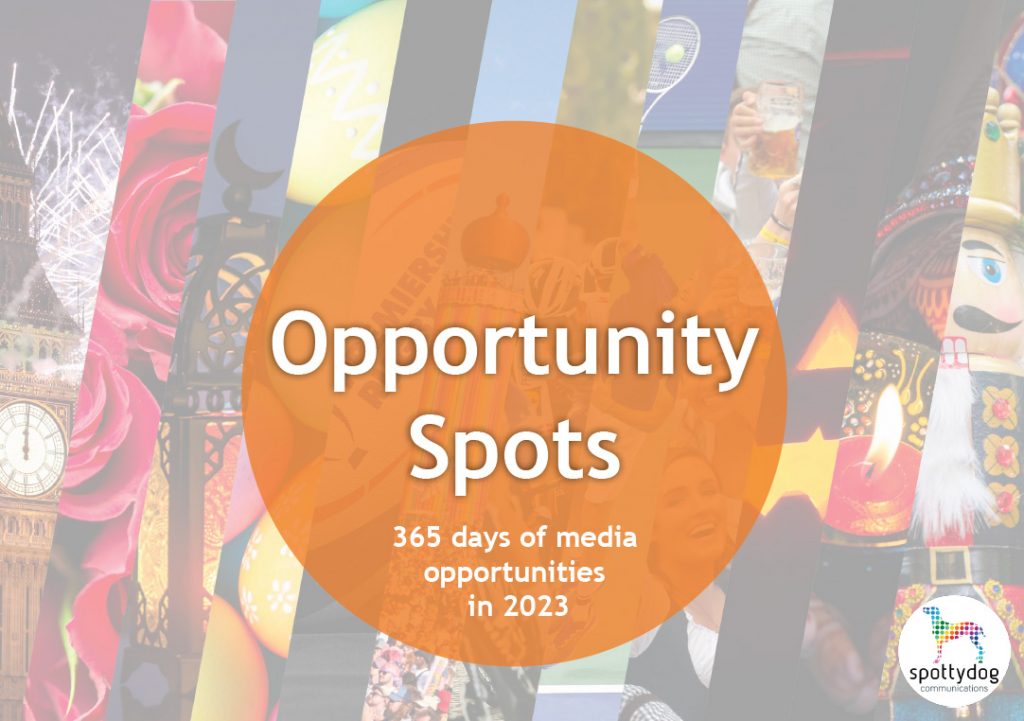 In celebration of our recently released 2023 Opportunity Spots calendar, Account Director Zoe Gaffney explores the value of national awareness days and how to use 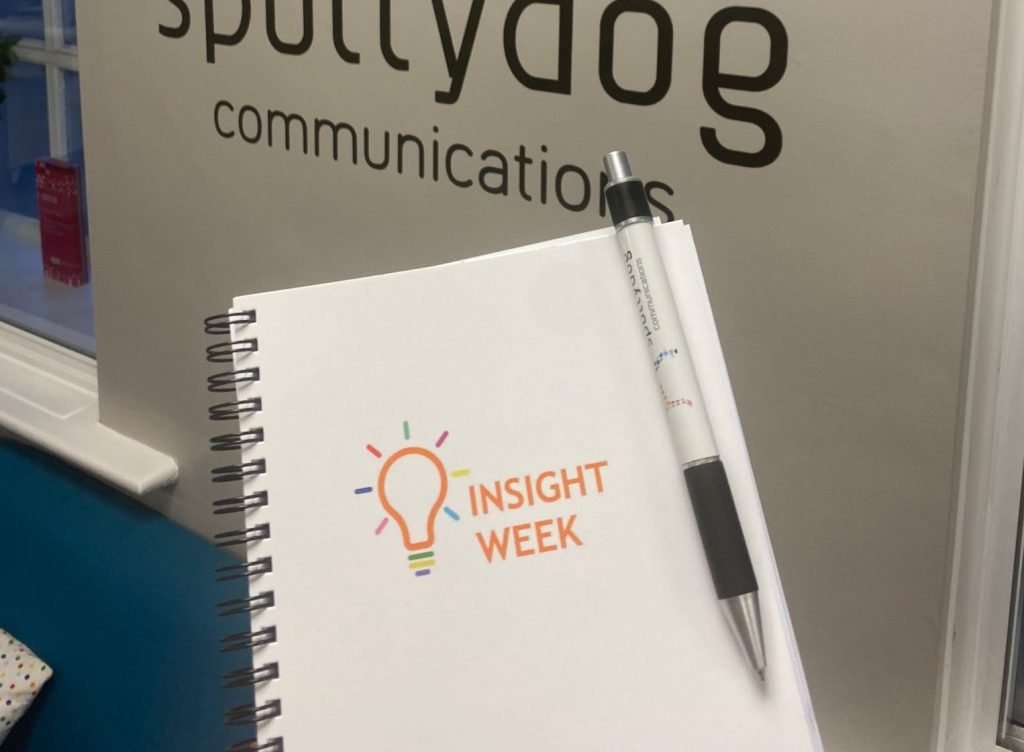 Why spottydog’s Insight Week is valuable for aspiring comms professionals

spottydog communications is committed to investing in young talent and inspiring them to get a paw in the door. To marry this up with the