What next in the world of casual dining? 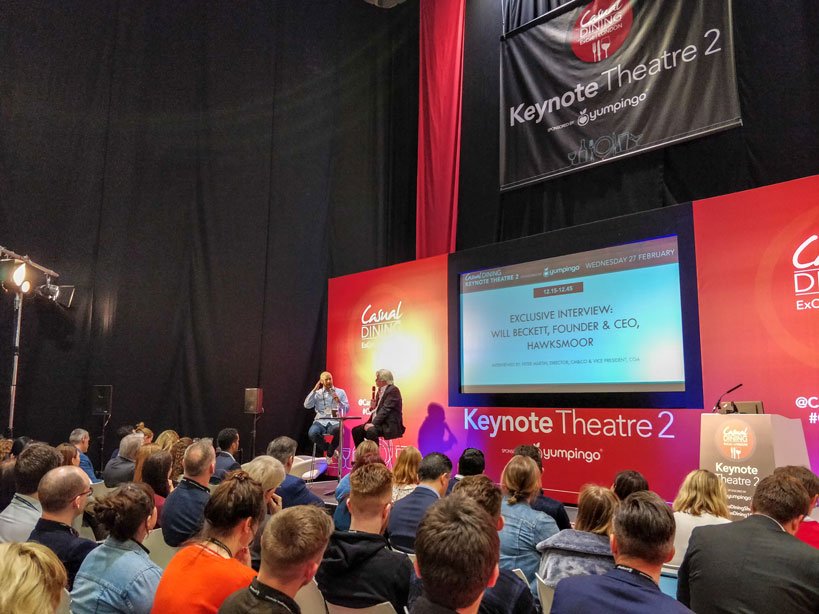 It’s safe to say that here at spottydog communications we love food! Quite often it’s our main topic of conversation, so much so that in our Birmingham Office we’ve started a Friday food club, where each week we venture out and explore the city’s ever-growing food & drink scene as well as implementing hospitality pr.

But it’s not just in our personal lives where our food & drink interests lie; with a number of our clients being well known hospitality brands it’s something we live and breathe every day. Working with one of our press office clients, Mitchells & Butlers (operators of Toby Carvery, O’Neill’s Pubs, Miller & Carter and more), the opportunity arose to attend Casual Dining Show 2019 at the prestigious ExCel event space in London. It was the perfect chance to gain invaluable industry insight, speak to trade journalists, hear from keynote speakers and find out the state of play across the board in the Casual Dining sector.

Depending on how you look at it the restaurant industry is at an interesting point right now. It could be said the Casual Dining ‘boom’ is slowing, where in the past 12 months alone the number of big name, high street stalwarts who have seen restaurants close and faced the prospect of going out of business could say the sector is struggling. However, at the same time you’re also seeing rapid expansion from new up and coming brands, as well as sales and profit growth at some of the country’s biggest and most well-known pub and restaurant groups.

The rise of veganism

Something that has definitely taken the market by storm in the last couple of years has been veganism. Going out to eat in 2019 you can usually enjoy a plethora of vegan choices nearly everywhere you go, and the growth and innovation in vegan products was clearly visible at this year’s Casual Dining Show.

With the presence of Moving Mountains, the revolutionary plant-based burger producers, and vegetarian stalwarts Quorn, who were showing off their new Vegan Salt and Vinegar Fishless Fillet, along with plenty of other companies displaying their products, you could certainly say there’s a big interest for new, innovative vegan products.

One which caught my eye when flicking through the supplier stall guide was Biff’s Jack Shack. I must admit a personal favourite of mine when visiting Boxpark in Shoreditch, I was interested to see the “Filthy Vegan Junk Food” trader moving into supplying the on-trade. Specialising in Jackfruit, a fruit generally found in the far east that when cooked resembles pulled chicken or pork due to its stringy consistency, Biff is looking to serve their vegan “Wingz” to pubs and restaurants, giving operators an exciting new option not many will have been exposed to. Drumming up a fair bit of interest from show goers, not just because of the stand’s neon lights and vibrant colours, I wouldn’t be surprised to see jackfruit popping up more at UK pubs and restaurants in the near future.

Thought leaders and keynote speakers in the food & drink industry

The Casual Dining Show is not just about the suppliers. Alongside the stalls of products and services the show boasted a number of keynote speakers including experts, restauranteurs and operators, each there to share great sector insight, personal anecdotes and explain the future plans for their respective companies.

I had the opportunity to hear from the likes of Brewdog’s CEO, David McDowall, founder & CEO of high end steak restaurant Hawksmoor, Will Beckett, as well as chief executive of hospitality industry group UK Hospitality, Kate Nicholls. Each sharing stories and insight, each with differing perspectives and outlooks.

In Brewdog’s eccentric world of craft beer they’re still on their quest of making better beer more accessible. Recently they’ve opened their first airport site in Edinburgh, as well as opening the first ‘Craft Beer Hotel’ in the United States. Arguably the world’s biggest and most recognisable craft beer producers, Brewdog continue to expand and grow their distinctive image and it would appear they’re nowhere near done yet.

On an evidently smaller scale, but still just as renowned, high end steak restaurant Hawksmoor have plans to grow, but their CEO, Will Beckett, put an emphasis on retaining their core style. Beckett spoke about a proposed New York opening, one which has been years in planning and riddled with delays, however still something very exciting for this prestigious British restaurant brand.

Beckett recited Hawksmoor being offered the restaurant space at the new World Trade Centre in NYC, something they were completely blown away with, but as it didn’t fit with what they wanted and what they offer, they turned the opportunity down. There’s a lot to be said about their stubbornness in choosing the right restaurant location – ultimately, they have a distinctive offering very few can rival and the location in which it’s served is crucial to maintaining their well respected brand identity, even if that means passing up on big ticket restaurant spaces.

The presentation by Kate Nicholls, UK Hospitality’s CEO, about the current issues facing the hospitality industry was arguably the most valuable talk of the lot. Working for Mitchells & Butlers in their press office we’re constantly monitoring and reacting to activity in the food & drink industry, so understanding the sector’s ongoing challenges will put spottydog in a great position to deliver an excellent, well informed service.

Ranging from Brexit to business rates I could have sat and listened to Kate for hours and imagine most other’s in the theatre could have too. The insight she provided was really interesting to hear.

Being on top of this ever changing and developing industry is a huge task, but being able to attend events such as Casual Dining Show 2019 to hear from and meet the sector experts really helps build our knowledge and allows us to keep delivering great results for our food & drink clients. 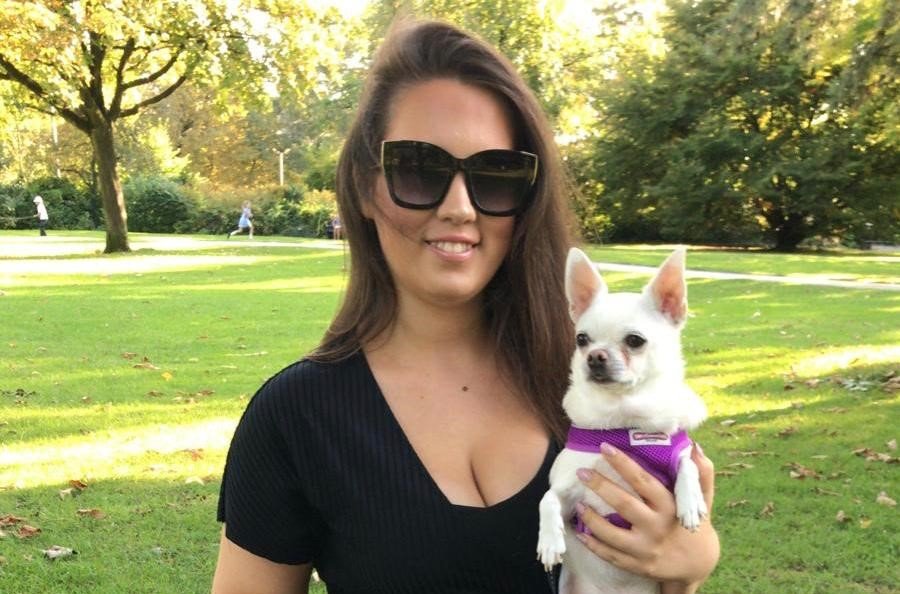 It’s no secret that the spottydog team are passionate about pets, so National Pet Month marks the start of a busy April for us. Of 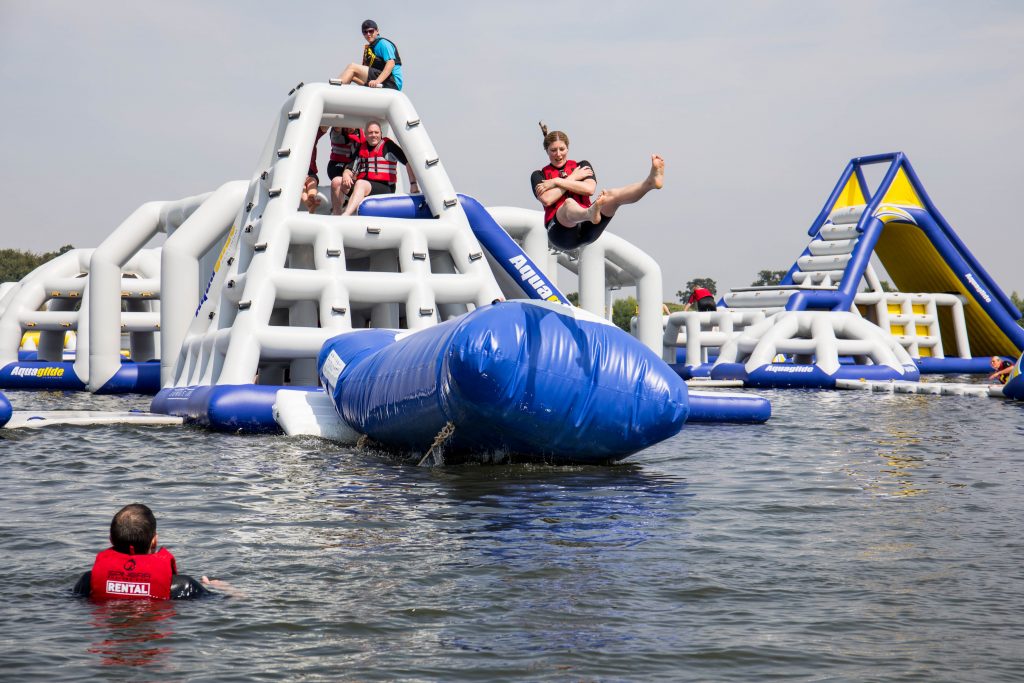 We are experienced at delivering opening and reopening PR support for businesses, so we’ve put together some top tips on how you could maximise your opening PR strategy… 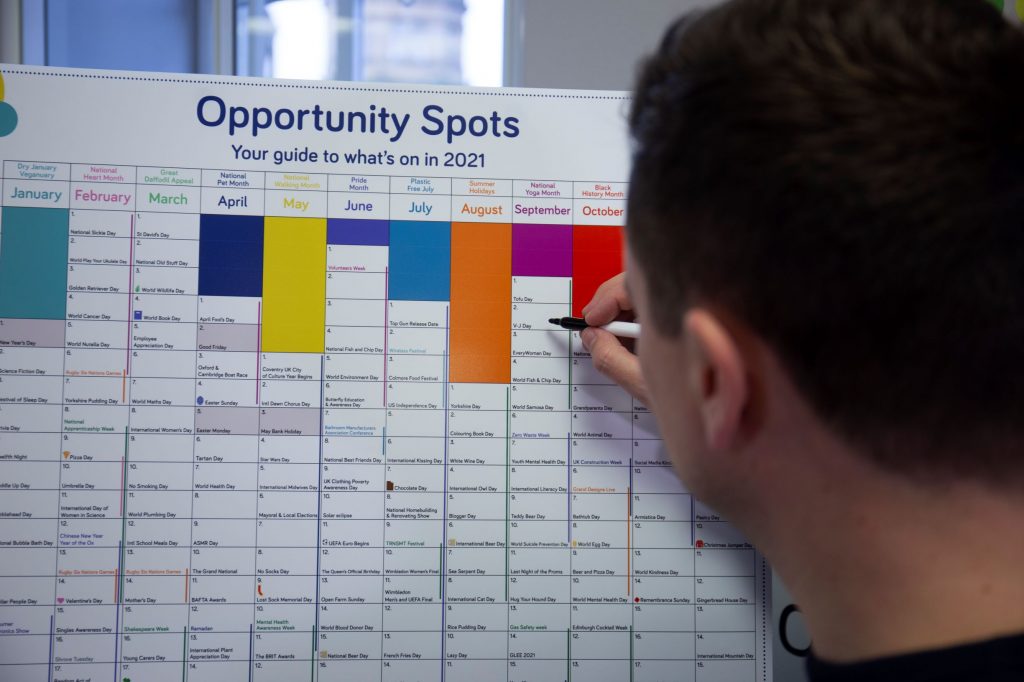