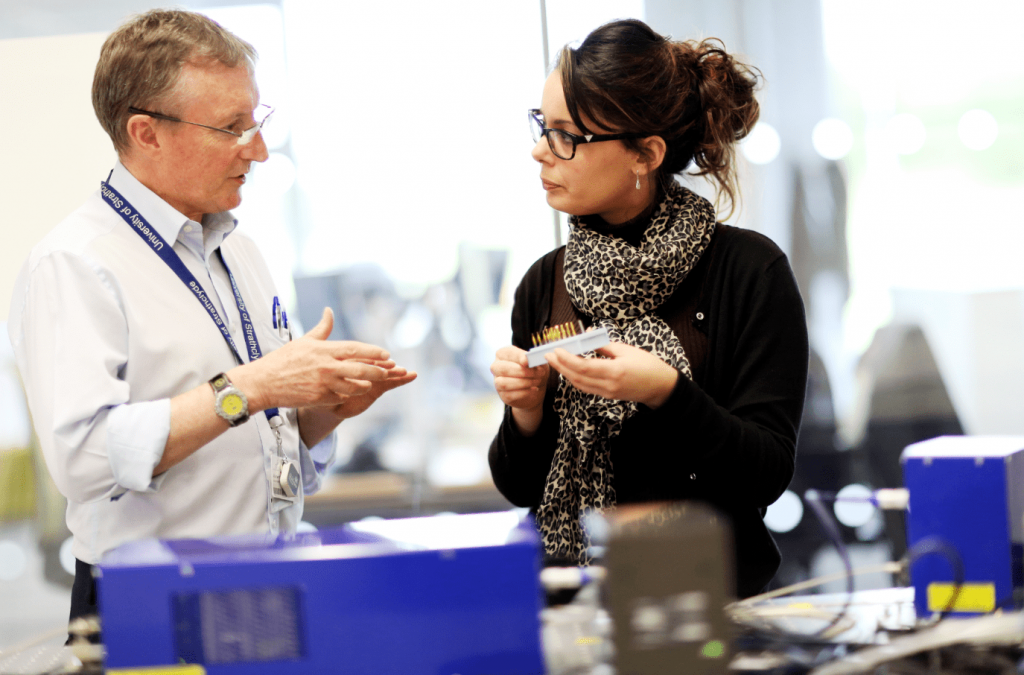 The Catapult Network brings together nine leading technology and innovation centres spanning over 40 locations across the UK. Catapult centres are independent not-for-profit private organisations transforming the UK’s capability for innovation in sectors of strength, established by Innovate UK in 2011.

spottydog was briefed by Catapult Network in March 2021 to optimise its Twitter and LinkedIn platforms to engage key stakeholders, grow awareness of its work in the UK innovation space, as well as boost engagement rates and follower metrics.

Core to the brief was identifying a series of cross-cutting editorial themes to give the Catapult Network a voice and develop brand awareness to key stakeholders on Twitter and LinkedIn.

With a focus on delivering quality over quantity to drive enhanced engagement levels, we refined the Catapult Network’s social media strategy.

Following a full content audit, we created monthly editorial calendars which, when taken in conjunction with topics fed through from the individual Catapults, enabled us to cover key cross-Catapult themes while ensuring equitable promotion of all nine Catapults throughout each given month.

In addition, we developed a tiered stakeholder list filled with key individuals to engage through the Catapult Network’s social content.

Supporting this was the creation of a reactive, always-on news monitoring service, where we identified interesting stories, themes, and posts that the Catapult Network could get involved with and add to the conversation. Topics we’ve covered so far include COP26 and UK government announcements with each of these enabling us to positively reinforce the purpose and positive impact of the Catapult Network. Adding to this was flagging key national events such as This Is Engineering Day, International Podcast Day, and Women in Science Day to create engaging copy to boost the Network’s digital presence.

We created a suite of templated graphics to accompany reactive content such as adding a quote graphic to an announcement post. Alongside this, every month we created two videos to summarise the key stories and announcements happening across the Network which helped further our reach. 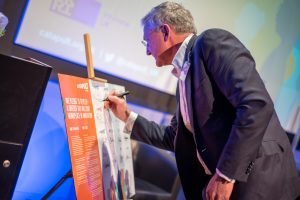 Set with a KPI of increasing the audience growth from 5,000 to 6,600 followers on LinkedIn, we smashed this by exceeding the target in just five months. After one year, we grew the total social following to 7,843 resulting in 1,750 new followers overall on that platform alone.

For Twitter, we attained a total of 1,146,100 organic impressions, 2,023 post likes and 86,527 profile visits in less than one year, expanding the Network’s social reach.

From April 2021 to February 2022, we achieved 351 interactions from key stakeholders including Kwasi Kwarteng, George Freeman, Innovate UK, Priya Guha, Department for Business, Energy and Industrial Strategy and Simon Edmonds to name a few.

To top it off, month on month we achieved an impressive engagement rate on both platforms that was significantly higher than industry average. On Twitter the highest engagement rate to date is 2.1% and LinkedIn 6.3%.

May Social Spot: Three social updates you NEED to know this month

May Digital Spot: THREE digital updates you NEED to read this week

May Social Spot: Three social updates you NEED to know this month

May Digital Spot: THREE digital updates you NEED to read this week