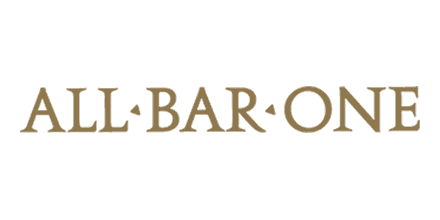 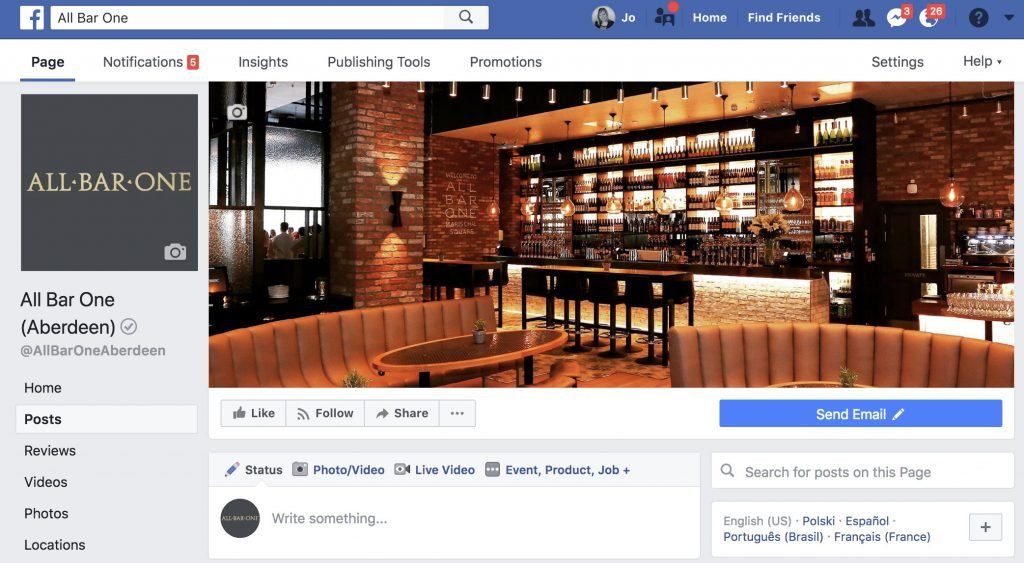 To support the opening of the new All Bar One Aberdeen site through a combination of traditional media relations and the set up and management of its own locational Facebook page with bespoke content for a six-week period pre-& post opening to boost their social media engagement.

With the key focus on building the new bar’s initial Facebook audience, we created a six-week content plan (four weeks pre-& two weeks post opening) to maximise the engagement and following from its new local audience.

We used a pre-set budget to boost posts directing new fans to sign up to All Bar One’s newsletter, new menu and booking page, alongside posts for guests to attend the VIP event held before opening, and a week long social competition offering prizes both from the new bar and local businesses.

We also created and ran two ads (one pre-& one post) to announce the new bar opening to Aberdeen residents.

Alongside the social media posts, we proactively reached out the key media three months before the opening to confirm key details and continued contact to ensure a consistent level of publicity within the core title in the area, the Aberdeen Express.

Within two months of the Facebook page creation, it had achieved over 5,300 page likes, with stats showing boosts in numbers in correlations to additional ad spend.

The week long social competition offering prizes from All Bar One Aberdeen and local Aberdeen businesses attributed over 500 page likes (from the boosted amount) and achieved an average CPE (cost per engagement) of £0.01

In total, boosted posts and the two adverts reached an audience of 234,416 people with 339,898 impressions and the total ad spend budget achieved 1,590 page likes across the three-month period.

To ensure consistency, we created shortened links to track the level of website traffic directed from the Facebook posts. The menu link tracked over 4,470 visits alone, followed by clicks to the VIP webpage of 772 and general clicks to the new website totalled 492.

Media relations achieved six pieces in the Aberdeen Express (print and online) and the VIP party guest list had a waiting list of over 900 interested guests.

If you would like to see more of our work on social media engagement then click here.

Spreading the ‘Luck of the Irish’ with O’Neill’s: how we got the pubs’ St Patrick’s Day festivities in front of over 138 million people