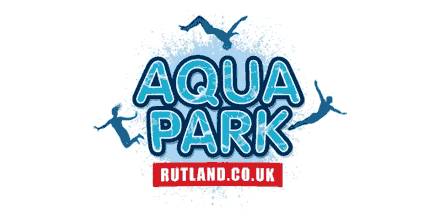 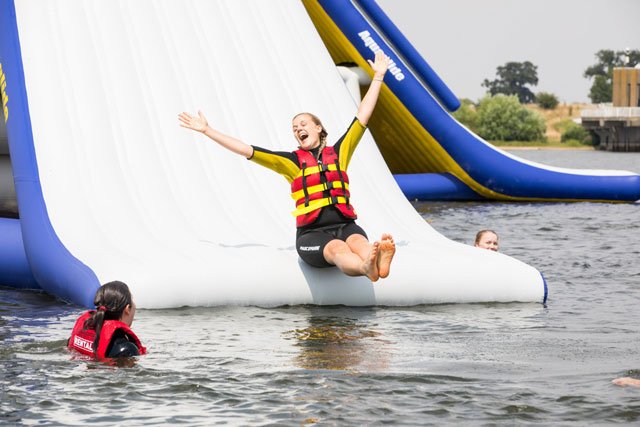 We were asked to launch Aqua Park Suffolk at Alton Water, bringing a fresh new attraction to the area with objectives to raise awareness, build a strong social media presence and drive sales with just a few weeks’ notice. Alongside this, we were required to handle all media relations, deliver social media customer service and manage social media accounts. We never expected to be shortlisted for PRCA Dare Awards as an award-winning PR agency.

spottydog provided a multi-disciplined team to deliver a successful launch campaign and ongoing proactive service to drive ticket sales. A focus was placed on building a strong social media presence for Aqua Park Suffolk across Facebook, Twitter and Instagram, and we built both profiles and audiences from scratch. We developed a social media plan featuring a variety of content styles, including video, photography and bespoke graphics.

The launch day provided the perfect opportunity to create excitement and awareness around the new Aqua Park site; 108 influencers attended the launch day. There was a high level of social media coverage from the influencers who attended, including a vlog by ‘This Girl Can Suffolk’. We identified mother of three, successful local business owner and star of TV show Jimmy’s Farm -Michaela Doherty. The collaboration included promoting Aqua Park Suffolk to Jimmy’s Farm customer base and to officially ‘open’ the park.  Aqua Park Suffolk’s launch day gave us a wide range of media coverage across print, digital and broadcast channels, including an interview about the launch on BBC Radio Suffolk. Building strong relationships with the media meant we were able to generate lots of coverage for the park during its opening month.

Within a week of opening, Anglian Water closed Alton Water due to a problem with blue-green algae which resulted in the closure of the aqua park. To help manage the park’s reputation, spottydog implemented a crisis management plan and worked closely with Anglian Water and Aqua Park Suffolk owners to develop key messages and a clear narrative to inform the press and public, as well as manage expectations. A vital part of this plan was the management of social customer service, as this became the main point of contact for customers to find out information about their bookings. To ensure responsive services spottydog set a two-hour response time target.

spottydog had a KPI of gaining a social media of 5,000 for Aqua Park Suffolk, we exceeded this with a following of 6,886 over a few months. Throughout the project we achieved more than double the amount of coverage expected with 115 pieces of coverage across print, digital and broadcast. Coverage regarding the closure of Aqua Park Suffolk 90% of stories were neutral.

To evaluate the success of our crisis plan, we conducted a sentiment analysis of press, social media and social customer service.  73% of social media interaction was positive with many customers being very supportive as closure was due to natural causes. Out of the 115 messages received after closure 70% of issues were successfully resolved by spottydog, with the remaining messages passed on to the Aqua Park Suffolk customer service team to issue refunds.

Spreading the ‘Luck of the Irish’ with O’Neill’s: how we got the pubs’ St Patrick’s Day festivities in front of over 138 million people